The Ministry of Economic Affairs and Communications

Klient: The Ministry of Economic Affairs and Communications in cooperation with the Information System Authority.

We were tasked to conduct a nationwide campaign to collect spontaneous speech that would set the stage to develop speech technology in Estonian.

The “Donate a Speech” project draws parallels with the period of the Estonian awakening during the 19th century, when F.R. Kreutzwald, Jakob Hurt, Matthias Johan Eisen and many others started systematically collecting folklore and songs. This contributed greatly to the rise of nationalism which paved the way towards independence some 50 years later. Today, almost 150 years later, Estonia was faced with a similar situation –  speech collection can be used and developed into technology, which would have a great benefit in the society overall.

The campaign’s creative ideas took a cue from real life situations – in particular, what happens when we try to transmit voice commands to smart devices in our native tongue. With the campaign’s main copy and various sub-copies, we highlighted the longer-term rationale behind the goal – for example, why the platform annetakõnet.ee is vital to our societal progress and the preservation of ethnos.

For the campaign, we developed two visual strands to approach target audiences in a way that works for them. We approached the younger population from the perspective of speech technology, which promotes faster adoption of voice commands in everyday life, and the older target group from the perspective of preserving our mother tongue. 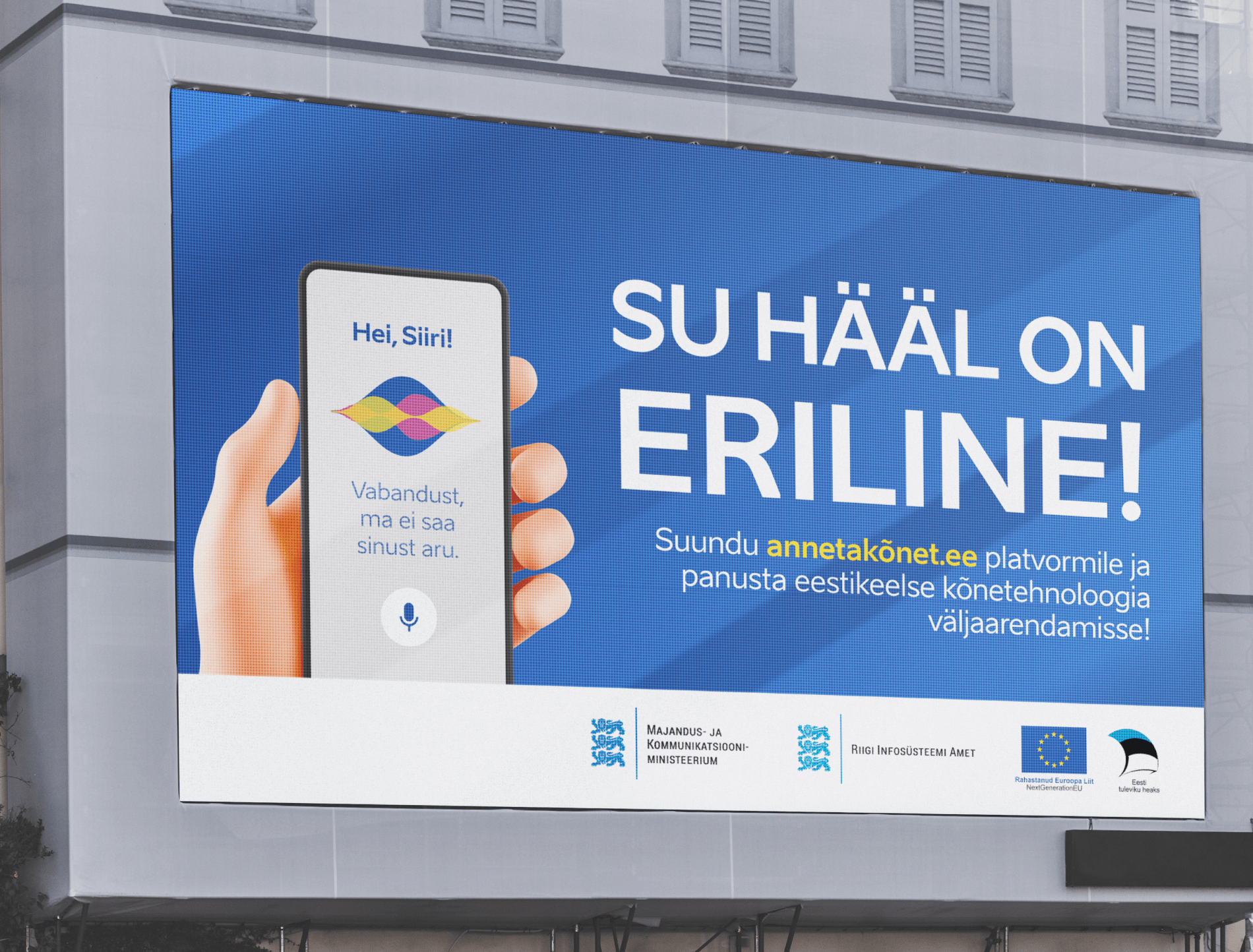 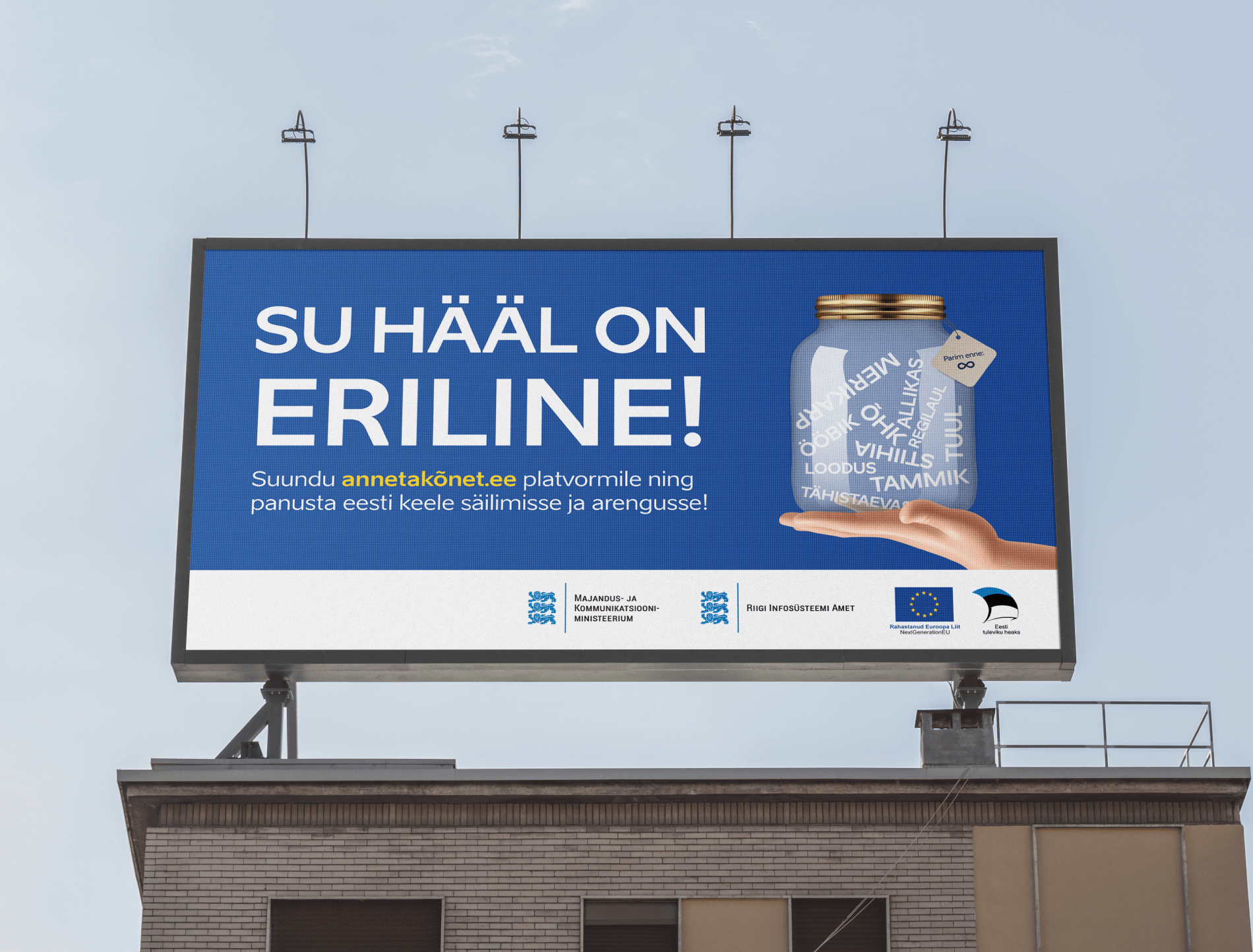 Based on the breadth of the target audience, where the ability to handle computers and smart devices varied, we also created two TV commercials. The first TV clip focused on the usefulness of voice technology in our everyday lives, where while mushrooming in the woods, voice technology can practically save your life.  The second clip focused on the preservation of the mother tongue, highlighting the ways in which language as such can be preserved today.

As the campaign also had a strong emphasis on collecting dialects and dialects, we wrote a radio clip in the most spoken dialect in Estonia – the Saare dialect.

In social media posts we used a wide range of Estonian dialects and dialect phrases, trying to popularise them and not let succumb into the past.